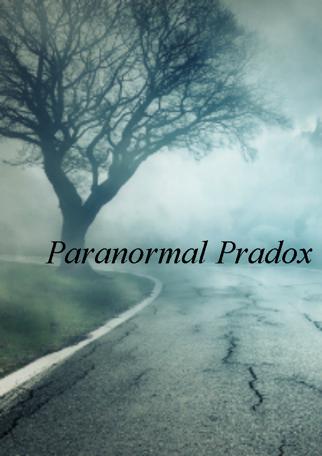 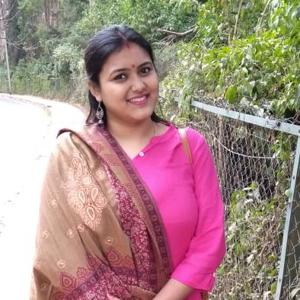 Have you ever gotten that feeling of chill down your spine or someone watching you from behind the curtains, caught a glimpse of someone run by from the corner of your eye when you know you are alone?

We often tend to dismiss these feelings considering them to be a part of exquisite imaginations of our ornate brains, but the question is "Are they ?" are they really just imaginations ? Or, is there some truth to what we feel in our hearts when it skips a beat!

Paranormal intrigues everyone alike. Some enjoy the thought while others dread it! Some try to link logical explanations with the inexplicable events that may happen around and while some try to unravel the truth behind the occurrences. But there are a few who simply deny it altogether, they are neither afraid nor intrigued by it and Anaya was one of them. She did not believe it paranormal, demons, ghosts or even God.

She believed in humanity alone and had decided to not follow any religion. A Hindu Kayastha by birth, Anaya refused to acknowledge any caste and creed and made friends with people from all social backgrounds. She was volunteer in a NGO part time and a newspaper journalist struggling to make it big.

Like every other independent, bold and beautiful girls in Kolkata, even Anaya had a boyfriend. But it was different for her, they were together since school and it was almost 10 years of togetherness for them. Yes, they were pretty seriously inseparable, her and Abhik until 23rd July 2018.

Are you intrigued now ? Do you want to find out what happened...then better make sure that you are not sitting alone cause it takes the heart of Hercules to know the further. So gear up..here we go ...

20th July 2018:00.00 was beeping at the top right corner of the video cam and Abhik was excitedly recording the embarrassing birthday celebration of Anaya's ... Dog!.. Yes, Anaya was celebrating the birthday of her dog Gucci whom she had found on the roadside beside her building and named him Gucci as she would say and I quote, "he is so precious!" Anaya might forget Abhik's birthday but she would never forgot Gucci's birthday, he was her life. She loved him like her own baby. So post the birthday celebration Abhik suggested they all go on a trip together as a cherry on top. Late night outs were not a rare thing for the couple as they had no one else but each other and their couple of friends Smiksha and Prabhat. So they decided to call up them too and go on a road trip together. It was almost 12.45 AM when Smiksha and Prabhat arrived in a car and they took Gucci along with them on a road trip to Jamshedpur Bhubaneswari Temple. It was a 6 hour long road trip and they decided to take the shortest route through the NH16.

It was after a long time they had gone on the road trip and it was really exciting. Gucci was also very excited. They had come a long way from Kolkata, driving for almost 3.5 hours and they had reached Andharia. It was wee hours of morning, still dark and Prabhat was really tired and they all craved tea.

They could see a lantern burning at distant and instantly realised it was a tea stall and figured that the chai wala must be sitting it up for the wee hour travellers. Without any delay Prabhat drove quickly near the same. To their surprise , there was no one in the stall. It was empty but there was tea boiling on the stove . Anaya, Smiksha were sitting in the car and for some reason Gucci was constantly growling at the tea stall, almost as if he could see someone. But there was no one.

After a little bit of investigation, Anaya called Prabhat and Abhik back and told them to keep driving as it does not feel safe here. And suddenly they all heard a distinct sound, coming from the woods on the right side of the road stretch. It was as if some one was approaching. They thought it must be the tea shop owner and waited for someone to show himself. Waited for almost 10 mins but no one came out! They could still hear the sound but they could see no one.

They were already creeped out and Smiksha was almost freaking, they decided to not wait there anymore and simply leave. As soon as Prabhat started the car he saw in his rear view mirror a man wearing winter clothes in July! and approaching them, he lowered the window of his beside him.

"What happened?", asked Smiksha, "I can see someone coming towards us", Prabhat replied.

All of them turned around to check who it was and they could see no one. Gucci had started to get real uncomfortable and started barking. Smiksha frantically told Prabhat to drive as there was no one behind them and Anaya, was neither able to grasp in what was happening nor was able to tolerate Gucci's barking. Prabhat on the other hand was transfixed at the mirror and kept on repeating," What's not done is to be done" in a robotic tone almost.

Everything was happening at the same time, Gucci barking, Prabhat repeating the same thing, Smiksha crying her eyes out because something was wrong and Abhik and Anaya were dumbfounded and so Anaya just told Abhik to start driving from the passenger seat as staying any longer there is not fruitful!!

Somehow Abhik managed to bring them to a distance of 700 or 800 meters from that spot when Prabhat fainted!

He parked the car aside and sprinkled some water on his face . Prabhat opened his eyes and said, " Why are you sprinkling water all over me??" He had no recollection of what had happened. Everyone was dumbstruck. But all kept quiet thinking that it was the best thing to do. Abhik had taken the wheel now telling Prabhat that he was very tired and should probably rest. The sky was still quite dark and again after almost half an hour they could see a light at the distant. For some reason , except Prabhat, all were uneasy. Abhik slowly drove up to the stall and Smiksha almost wept in disbelief, it was the same stall!!!

Abhik was frantic at this moment, he kept driving for the next several hours, again and again and again! But he was reaching the same spot every time. They even tried escaping on foot but of no use. No matter which direction they ran, they ended up in the same place, in front of the same stall and the same man with winter clothes approaching them from a distance. It was a kind of time loop or capsule in which they were stuck it seemed to Anaya but for the first time she began to believe the realm outside this world. She was just wondering when she decided to do something different. She decided to talk to the man. Others were shocked but she was determined and so they all waited, beside the tea stall for the man to come to them. When he did, Anaya asked shakily, "where are we?". The man replied in a grim voice, "I want to show you people something, come with me". They followed him in silence and he took them to a spot around 1 km away from the stall. They were stunned from what they saw...!! They broke down weeping and crying!

It was their dead bodies. There car had met with an accident. Prabhat who was driving for almost 4 hours had fallen asleep while on wheels and they had met with an accident killing even Ramu (the man in winter clothes) who was old and was returning back to his tea stall. Everything was so sudden that they never realised that they were dead and were stuck in the time loop. Ramu had known he was dead and he wanted to tell these kids too.

And who am I ? well I am Sadhana, the girl who went on trip with my friends on the same road, to the same destination and the same time. We all saw them, we saw their ghost car, ghost dog and ghost them. Later we learnt the story from Ramu's son who now runs the tea stall.